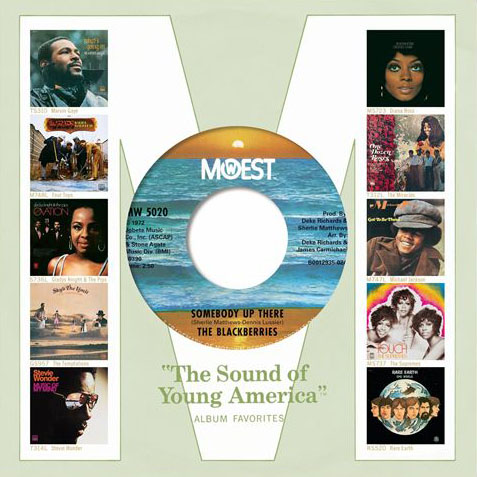 The Commodores, a new group from Alabama, debuted on MoWest with the track “The Zoo (The Human Zoo).” Jr. Walker & the All Stars hit with the sublime “Walk In The Night.”

And, as is expected in this series, Vol. 12A is in “album” style packaging, with a bonus 7” vinyl single – this time, with two songs by the Blackberries never actually issued as a 45.

The book features two essays: an introduction by the twin brothers Russ and Ralph Terrana, two key members of the Motown engineering staff, and an overview by Susan Whitall, a longtime writer for The Detroit News, plus detailed track-by-track histories by co-producers Keith Hughes and Harry Weinger, and Grammy®-nominated Bill Dahl.