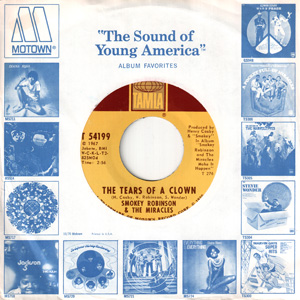 Carving out the narrative is an introduction by famed artist manager John Reid, who was then Tamla Motown’s label manager in the U.K. and was part of the team that made “The Tears Of A Clown” an unexpected No. 1 on both sides of the Atlantic. Duke University’s Mark Anthony Neal provides the historical overview. Once again, the booklet includes track-by-track annotations as well as deeply researched stories behind the songs by Keith Hughes and Bill Dahl.

The Complete Motown Singles Volume 10: 1970. A 6-disc set chronicling the exhilarating start of a new decade.